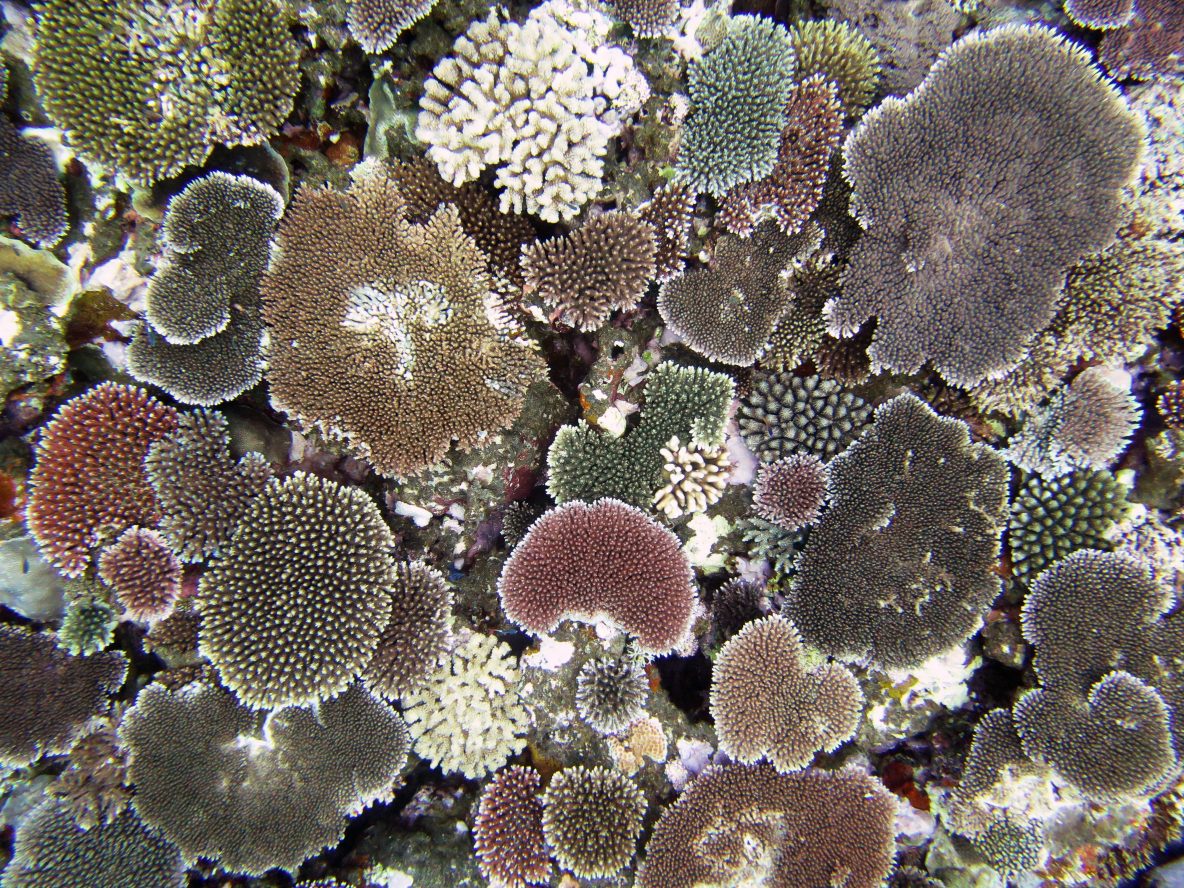 ABSTRACT Population distributions are affected by a variety of spatial processes, including dispersal, intraspecific dynamics and habitat selection. Within reef‐building coral communities, these processes are especially important during the earliest life stages when reproduction provides mobility among sessile organisms and populations experience the greatest mortality bottlenecks both before and immediately after settlement. Here, we used large‐area imaging to create photomosaics that allowed us to identify and map the location of 4681 juvenile (1–5 cm diameter) and 25 902 adult (>5 cm diameter) coral colonies from eight 100‐m2 plots across the forereef of Palmyra Atoll. Using metrics of density, percent cover and the relative location of each colony within each plot, we examined abundance and spatial relationships between juvenile and adult coral taxa. Within coral taxa, juvenile density was generally positively related to the numerical density and percent cover of adults. Nearest neighbor analyses showed aggregation of juveniles near adults of the same taxon for two of the focal taxa (Pocillopora and Fungiids), while all other taxa showed random spatial patterning relative to adults. Three taxa had clustered distributions of juveniles overall. Additionally, we found that on a colony level, juveniles for five of nine focal taxa (accounting for >98% of all identified juveniles) associated with a specific habitat type, with four of those five taxa favoring unconsolidated (e.g. rubble) over consolidated substrata. The general lack of clustering in juvenile corals contrasts with consistent clustering patterns seen in adult corals, suggesting that adult spatial patterns are largely driven by processes occurring after maturity such as partial colony mortality, including fission and fragmentation. The association of many taxa with unconsolidated habitat also suggests that corals may play an important role in colonizing natural rubble patches that could contribute to reef stabilization over time.