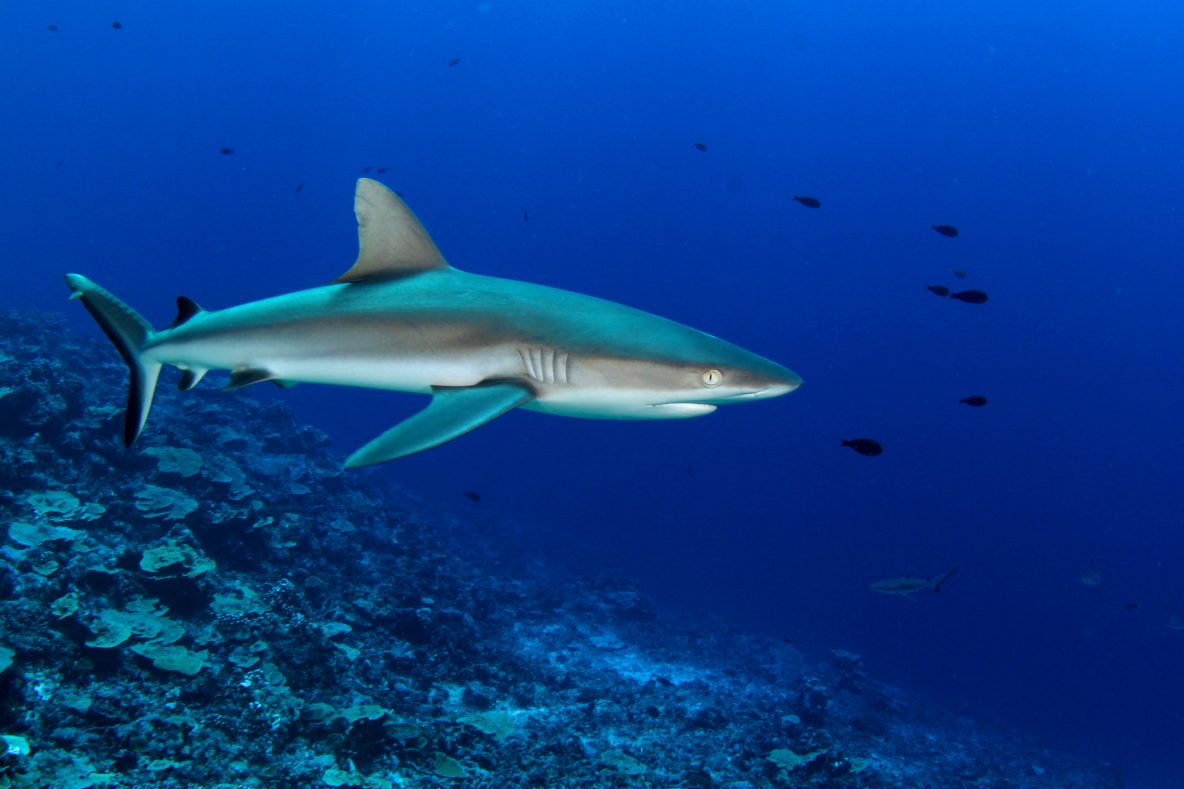 Via: Scripps Institution of Oceanography / University of California, San Diego

The decline of large predators and other “apex consumers” at the top of the food chain has disrupted ecosystems all over the planet, according to a review of recent findings conducted by an international team of scientists and published in the July 15 issue of Science.

The study, which included Jeremy Jackson and Stuart Sandin of Scripps Institution of Oceanography at UC San Diego, looked at research on a wide range of terrestrial, freshwater and marine ecosystems and concluded that “the loss of apex consumers is arguably humankind’s most pervasive influence on the natural world.”

According to first author James Estes, a professor of ecology and evolutionary biology at UC Santa Cruz, large animals were once ubiquitous across the globe, and they shaped the structure and dynamics of ecosystems. Their decline, largely caused by humans through hunting and habitat fragmentation, has had far-reaching and often surprising consequences, including changes in vegetation, wildfire frequency, infectious diseases, invasive species, water quality and nutrient cycles.

The decline of apex consumers has been most pronounced among the big predators, such as wolves and lions on land, whales and sharks in the oceans and large fish in freshwater ecosystems. But there have also been dramatic declines in populations of many large herbivores, such as elephants and bison. The loss of apex consumers from an ecosystem triggers an ecological phenomenon known as a “trophic cascade,” a chain of effects moving down through lower levels of the food web.

Sandin’s contribution to the study focused on the importance of sharks in coral reef ecosystems. For the past several years, Sandin and his colleagues have explored a chain of islands in the Central Pacific Ocean that feature virtually pristine, undisturbed reefs but also reefs adjacent to populated islands and subject to the effects of pollution and fishing. As documented in the Science study, uninhabited Jarvis Island features a healthy, thriving reef ecosystem with a robust shark population. Neighboring Kiritimati, or Christmas Island, however, with a population of 5,000 people and an active fishery, is absent of sharks and now features an ecosystem dominated by small fishes and overrun by algae.

A healthy coral reef ecosystem with sharks off Jarvis Island (left) and a reef off nearby Kiritimati Island (right) with an active fishery and overrun by algae. Photos: Brian Zgliczynski (left) and Jennifer Smith (right).

“Practically and ethically, we cannot conduct large experiments to investigate the effects of predator removal,” said Sandin. “But in the Line Islands we can rely on a natural experiment to follow what happens when sharks are removed. The abundance of prey changes, the way the energy flows through the ecosystem changes and even the way nutrients are cycled is altered. The importance of this paper is its recognition that predator removal is a global phenomenon, affecting reefs and almost every other ecosystem.”

In a separate study recently published in the Public Library of Science (PLoS) ONE journal, Sandin and his colleagues began probing the details and mechanisms of how coral reef ecosystems change without the presence of sharks. Comparing unfished Palmyra to heavily fished Christmas Island, Sandin and his coauthors found that the ecology of prey fish changed dramatically in the relative absence of predators. On the reefs of Christmas, the removal of sharks and other large predators leads to an increase in the longevity of prey fish, an alteration in their patterns of growth and ultimately the creation of a wholly new structure for the “predator-lite” coral reef food web, the study showed.

“Predators have a huge structuring influence,” said Sandin. “When you remove them you change the biology, which is typically profound and complex. And in many cases it’s not necessarily predictable.”

“The top-down effects of apex consumers in an ecosystem are fundamentally important, but it is a complicated phenomenon,” Estes said. “They have diverse and powerful effects on the ways ecosystems work, and the loss of these large animals has widespread implications.”

Estes and his coauthors cite a wide range of examples in their review, including the following:

• The decimation of wolves in Yellowstone National Park led to over-browsing of aspen and willows by elk, and restoration of wolves has allowed the vegetation to recover.

• The reduction of lions and leopards in parts of Africa has led to population outbreaks and changes in behavior of olive baboons, increasing their contact with people and causing higher rates of intestinal parasites in both people and baboons.

• A rinderpest epidemic decimated the populations of wildebeest and other ungulates in the Serengeti, resulting in more woody vegetation and increased extent and frequency of wildfires prior to rinderpest eradication in the 1960s.

• The decimation of sharks in an estuarine ecosystem caused an outbreak of cow-nosed rays and the collapse of shellfish populations.

Despite these and other well-known examples, the extent to which ecosystems are shaped by such interactions has not been widely appreciated. “There’s been a tendency to see it as idiosyncratic and specific to particular species and ecosystems,” Estes said.

The absence of sharks can alter the growth patterns of red snapper and other reef fish.

One reason for this is that the top-down effects of apex predators are difficult to observe and study. “These interactions are invisible unless there is some perturbation that reveals them,” Estes said. “With these large animals, it’s impossible to do the kinds of experiments that would be needed to show their effects, so the evidence has been acquired as a result of natural changes and long-term records.”

Estes has been studying coastal ecosystems in the North Pacific for several decades, doing pioneering work on the ecological roles of sea otters and killer whales. In 2008, he and coauthor John Terborgh of Duke University organized a conference on trophic cascades, which brought together scientists studying a wide range of ecosystems. The recognition that similar top-down effects have been observed in many different systems was a catalyst for the new paper.

The Science study’s findings have profound implications for conservation. “To the extent that conservation aims toward restoring functional ecosystems, the reestablishment of large animals and their ecological effects is fundamental,” Estes said. “This has huge implications for the scale at which conservation can be done. You can’t restore large apex consumers on an acre of land. These animals roam over large areas, so it’s going to require large-scale approaches.”

The Science paper’s coauthors include 24 scientists from various institutions in six countries. Support for the study was provided by the Institute for Ocean Conservation Science, Defenders of Wildlife, White Oak Plantation, U.S. National Science Foundation, Natural Sciences and Engineering Research Council of Canada and NordForsk.

Note to broadcast and cable producers: University of California, San Diego provides an on-campus satellite uplink facility for live or pre-recorded television interviews. Please phone or e-mail the media contact listed above to arrange an interview.

About Scripps Institution of Oceanography
Scripps Institution of Oceanography at University of California, San Diego, is one of the oldest, largest and most important centers for global science research and education in the world. Now in its second century of discovery, the scientific scope of the institution has grown to include biological, physical, chemical, geological, geophysical and atmospheric studies of the earth as a system. Hundreds of research programs covering a wide range of scientific areas are under way today in 65 countries. The institution has a staff of about 1,400, and annual expenditures of approximately $170 million from federal, state and private sources. Scripps operates robotic networks, and one of the largest U.S. academic fleets with four oceanographic research ships and one research platform for worldwide exploration. Birch Aquarium at Scripps serves as the interpretive center of the institution and showcases Scripps research and a diverse array of marine life through exhibits and programming for more than 415,000 visitors each year. Learn more at scripps.ucsd.edu.